The K ration in military jargon is the country meal, the one you carry in your backpack for the mission and cook yourself. The term dates back to 1942 when the US Army thus codified the rations given to the military in the various war theaters.

For conventional war theaters, logistics is the main asset, but it often arrives late due to various variables such as weather, bad roads, enemy attacks or other “misfortunes”. Taking as an example one of the most recent wars, Afghanistan, where some bases, in FOB jargon, were so far away and in such rough terrain, that the soldiers ate kappa ration every day for months. They were certainly fed and ready, but certainly “bored” by the not-so-gourmet taste of their military ration, which exists in different “tastes” but is certainly not tasty.

To nourish themselves in missions, particularly in special ones, the operators invented d 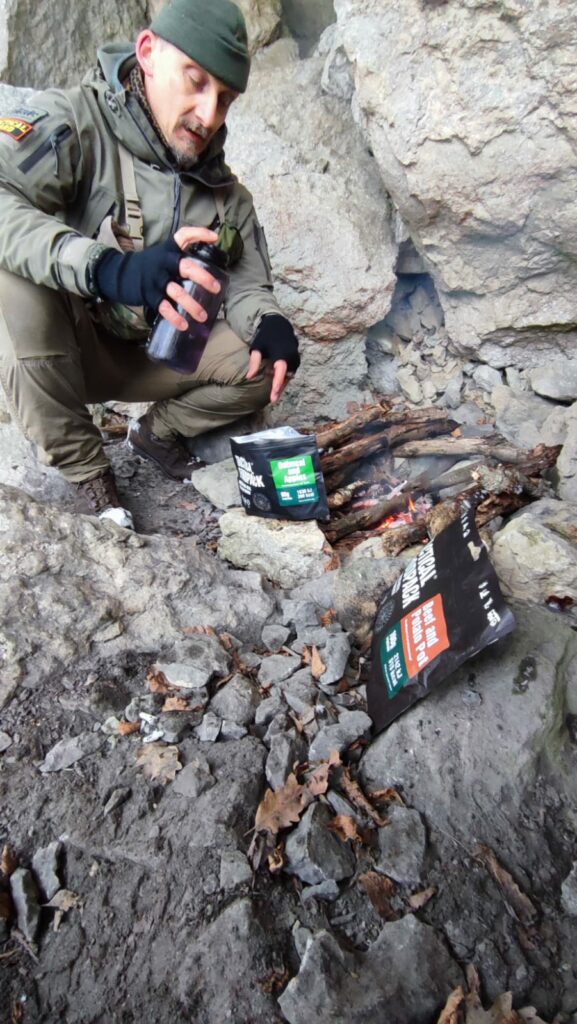 various “recipes” based on the products present in the K rations , the SOG in Vietnam prepared a kind of porridge that was “cooked” in the bag with water and that was kept in the pocket, both to reduce weight and to have a good calorie intake. Ranger pudding is another example of a functional adaptation to military rations, it comes preparedinfused with cocoa powder, instant coffee, sugar, crackers, peanut butter and water, American Rangers consider it the best field breakfast.

The civilized world also has its own k rations, which are used by hikers and explorers. They are generally tastier than military ones, more expensive and less caloric, but they still do their job.

In recent years, several civilian companies have been born that produce food with a military concept, but with a care of ingredients and taste that makes restaurants pale.

The logic of the military ration, with all the cooking kits, snacks and calories, but with the taste of home. A solution appreciated by both worlds!