It was January 2006 and we came up with the idea of organizing a trek in one of the most famous, but least known territories, Lapland. But not that of the evergreen wooded Taiga, rather the northernmost area, that of the mountainous Tundra, between Finland, Sweden and Norway, where Mount Halti rises …

The planning of the trip leads us to choose the central part of August for work reasons, the most risky period for disturbances, but definitely less crowded especially with mosquitoes.

We fly from Bologna to Helsinki, then to Rovaniemi, the capital of Finnish Lapland, we are already at the 66th parallel, the Arctic Circle, but we will go further north than 300km to Kilpisjarvi, at the 69th parallel. 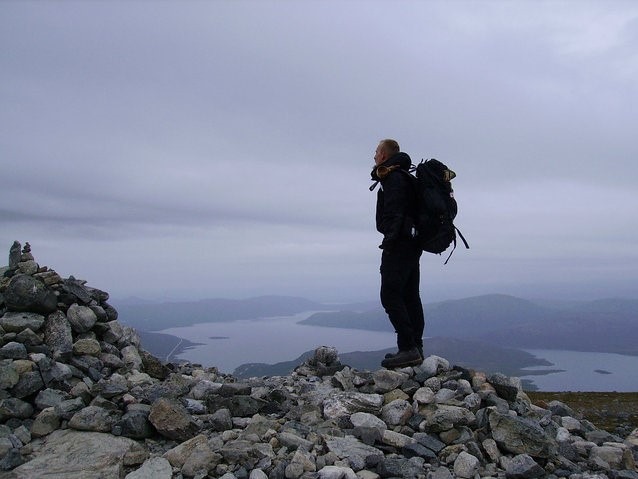 We arrive in Kilpisjarvi, by bus, around 8 pm. Just enough time to go to the visitor center to leave our itinerary and we are on the path that will take us to Mount Halti in a few days. The Sun is still high, like us at 5 pm and it will not set all night, it will remain “resting” on the horizon. We cover the first 10km in a few hours, enjoying the night sun, to stop at the refuge to rest, but first we eat something “tasty” freeze-dried food … The next day we cover 30 km and we stop at a refuge on the shores of a lake, we consume the freeze-dried dinner dreaming of grilled bacon and sausages.

On the fourth day we climb the rocky slopes of Mount Halti to the top. Now we are ready for the 140km back to Kilpisjarvi, where a “real” dinner, beer and other days of trekking awaits us.

The equipment was excellent, merino wool underwear, softshell and shell, the 25 kg backpack did its job despite the weight. We could have left the tent at home, given the excellent organization of the free shelters of the Finnish Forestry Authority, arranged at an average of one every 10km. What we really missed was a hearty and tasty meal, maybe having had the modern K rations !!! Also considering that the water supply is absolutely not a problem, at these latitudes, a Kuksi (wooden cup) is enough and you can drink quietly from the river or lake …